Montreal company Carbicrete has developed a method for sequestering carbon in concrete, claiming its product captures more carbon than it emits.

The technology cuts out the need for calcium-based cement, a key ingredient in traditional concrete that is responsible for around eight per cent of all global CO2 emissions.

The company is one of many that is racing to find low-carbon or carbon-free alternatives to traditional concrete but is one of the only ones claiming to have achieved negative carbon.

Instead of cement, Carbicrete’s system combines waste slag from the steel industry plus carbon captured from industrial plants that would otherwise have gone into the atmosphere in a process known as mineral carbonation.

”We’re taking it from there and then injecting it into concrete and getting rid of it forever,” Stern said.

More carbon is captured during the production process than is emitted during the manufacture of the concrete, making the resulting concrete carbon-negative according to Stern. 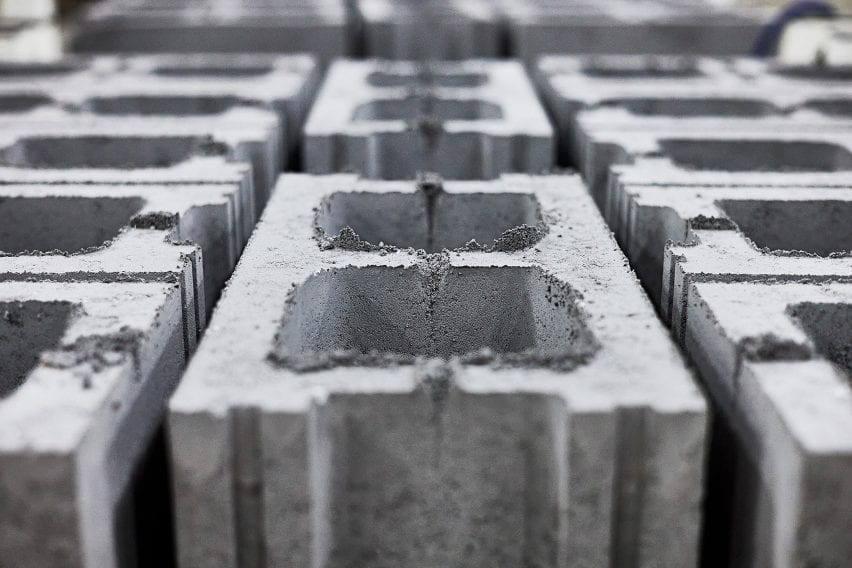 However, the process relies on emissions produced by other industries, so it is helping to reduce the amount of additional CO2 going into the atmosphere rather than actively removing it from the atmosphere.

But as CO2 captured from the sky via direct air capture (DAC) companies such as Climeworks becomes more affordable, concrete could start to play a part in lowering concentrations of atmospheric carbon.

”We’d love to get it from a direct air capture unit,” Stern said. “We’re not there yet just because the industry is not there yet but it’s certainly well-positioned for us.”

Technology could eliminate hundreds of megatons of emissions

Carbicrete, which was founded in 2016, licenses its technology to concrete manufacturers who can integrate it into their existing production processes for concrete masonry units (CMUs) and precast panels.

In collaboration with Quebec manufacturer Patio Drummond, the company is building up its production capabilities to 25,000 CMUs per day while the first building using material is set to be built in Canada at the start of next year.

Once scaled up, Stern believes the technology can help to reduce the 2.2 billion tonnes of carbon emissions that are generated by the cement industry every year.

”We can take care of megatonnes on a yearly basis, [capturing] anywhere between 100 and 300 [million tonnes of CO2],” Stern explained. “So it’s definitely going to make a dent.”

Carbicrete’s technology cuts out the need for cement, the binding agent that makes up around 12 per cent of traditional concrete but is responsible for half of the material’s carbon footprint.

To make cement, calcium carbonate (usually in the form of limestone) is heated to around 1,480 degrees Celsius to extract calcium oxide.

This process releases carbon dioxide, which accounts for 40 per cent of limestone’s mass, into the atmosphere. The energy-intensive process is usually powered by fossil fuels, creating additional emissions.

As a substitute, the company uses a waste byproduct from the steel-making process called slag, which contains calcium oxide.

In traditional concrete production, cement is cured with water, causing the calcium to react with the CO2 in the surrounding air and turning it back into strengthened calcium carbonate. 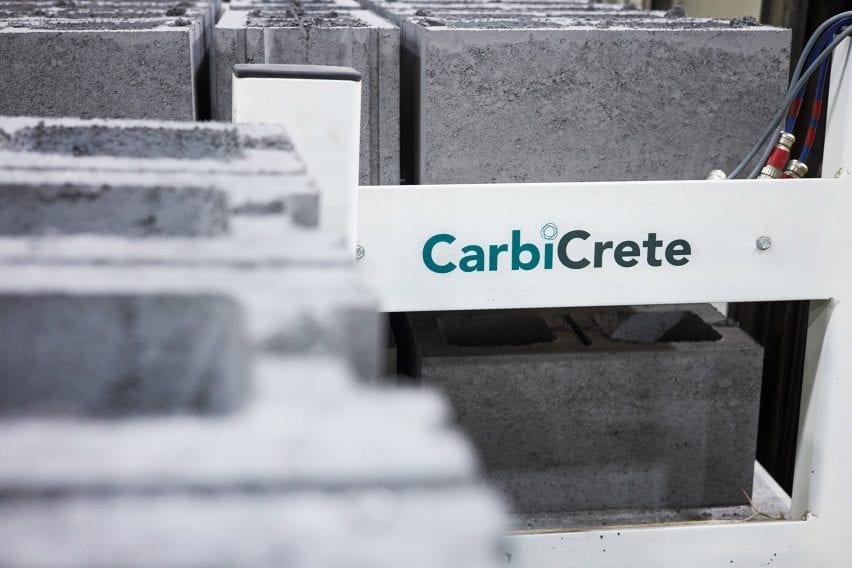 But in Carbicrete’s system, the calcium oxide is instead injected with CO2 captured from industrial sites. This curing process creates calcium carbonate, which helps to fortify the concrete.

This curing process takes 24 hours and stores away three kilograms of CO2 per CMU by converting them into a stable mineral, alongside an additional kilogram of CO2 that is pulled from the surrounding air during the curing process.

”The only way CO2 will escape one of our concrete blocks is if somebody burns the block,” Sten said. “And nobody does that on purpose.”

The resulting carbonated concrete can have up to a 30 per cent higher compressive strength than conventional concrete, the company claims. And since its production process requires no heat, Stern says its energy consumption is “literally not comparable” to that of traditional cement.

However, the scope of Carbicrete’s potential is limited. Currently, its carbon curing process can only take place in the controlled environment of a factory, restricting its use to products such as CMUs and concrete panels that are cast in advance of being delivered to a construction site.

This precludes its use in liquid ready-mix concrete, which is cast and cured on-site to create a building’s foundations and floors. To serve this market, Carbicrete is developing a new technology that won’t be ready for another five to 10 years.

”It all comes down to how we can make a mobile, flexible curing system and have that on-site,” Stern explained. 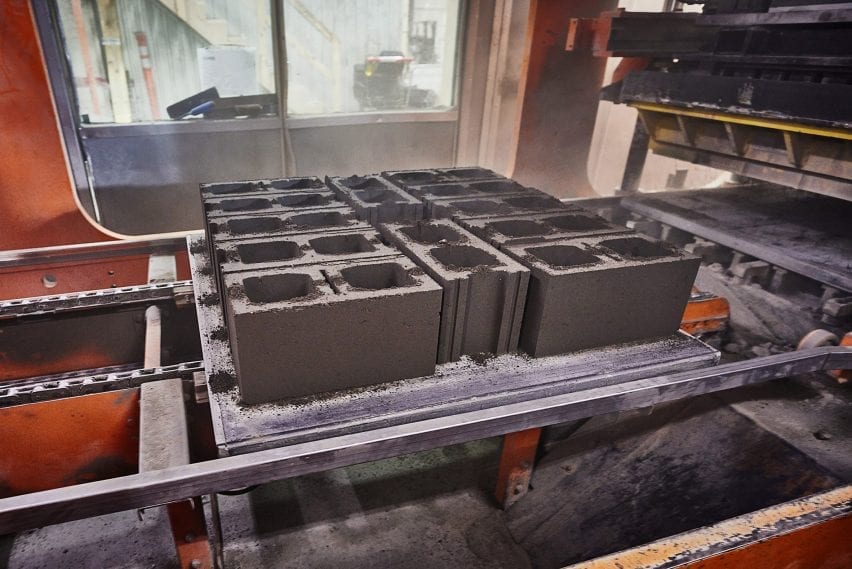 Another problem is the supply of steel slag. Only around 250 million tonnes of the industrial byproduct are produced every year compared to four billion tons of cement.

”There’s not enough steel slag to make enough concrete to serve the world’s needs on a yearly basis,” Stern said.

”It’s possible to replace 10 to 20 per cent of the current concrete production,” he added. “But concrete is the second most-consumed resource on the planet outside of water. So if we make a billion tonnes of concrete, that’s a massive amount.”

A number of other companies are exploring alternative methods to reduce the carbon footprint of concrete. Although these solutions are not carbon neutral, they are currently available at a much larger scale.

New Jersey-based Solidia uses carbon instead of water to cure a special cement that is low in lime, reducing CO2 emissions by up to 70 per cent. 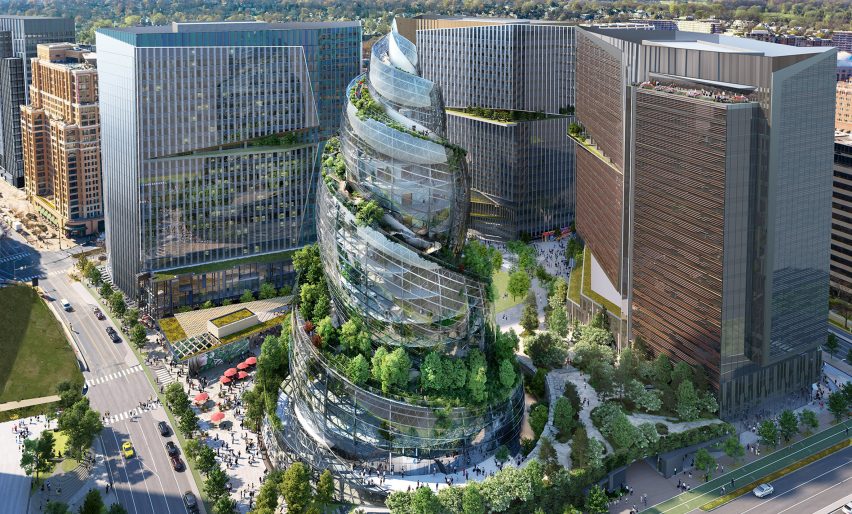 More than eight million cubic metres of concrete has already been made using the company’s technology.

This equates to thousands of buildings, according to CarbonCure’s senior director of sustainability Christie Gamble, as will also include “every cubic metre of concrete” in Amazon’s new NBBJ-designed headquarters in Arlington, Virginia.

”Carboncure is on a mission to reduce 500 megatonnes of carbon emissions annually by the year 2030,” Gamble told Dezeen. “To date, we’ve been able to reduce over 100,000 tonnes of CO2. We’re proud of that reduction so far [but] we still have a long way to go.” 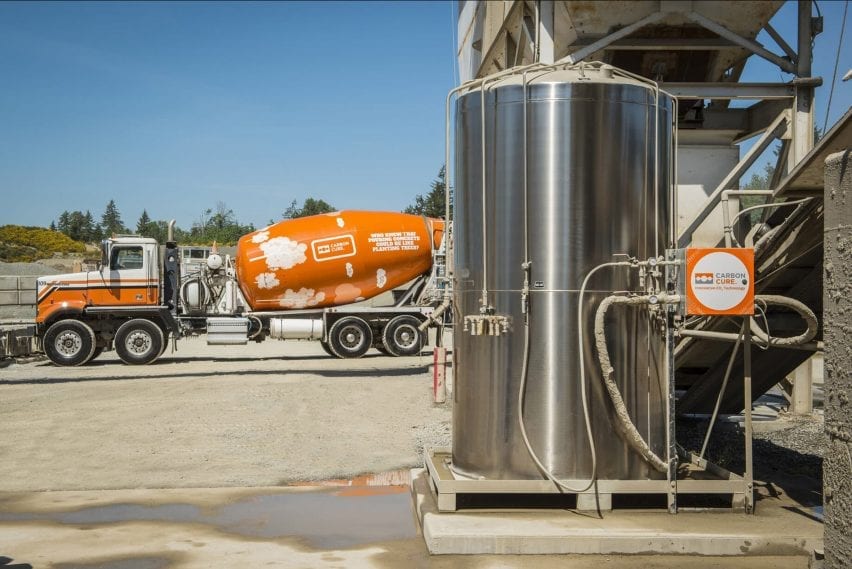 Elsewhere, UK company Carbon8 Systems has developed a modular technology that fits into a shipping container and can be installed at cement plants to capture their CO2 emissions.

These are then used to cure bypass dust – a powdery byproduct of cement production – creating a “carbon-negative aggregate” that sequesters cement industry emissions while also cutting out the emissions associated with mining and transporting traditional aggregate.

When taken together, UK Concrete estimates that these kinds of carbon capture and utilisation (CCU) technologies could deliver 61 per cent of the carbon savings the concrete and cement industry claims it needs to make to become net carbon negative by 2050.

”The answer is not that you use CarbonCure or this other sustainability solution,” Gamble said. “The answer is: use both and incorporate all of these strategies.” 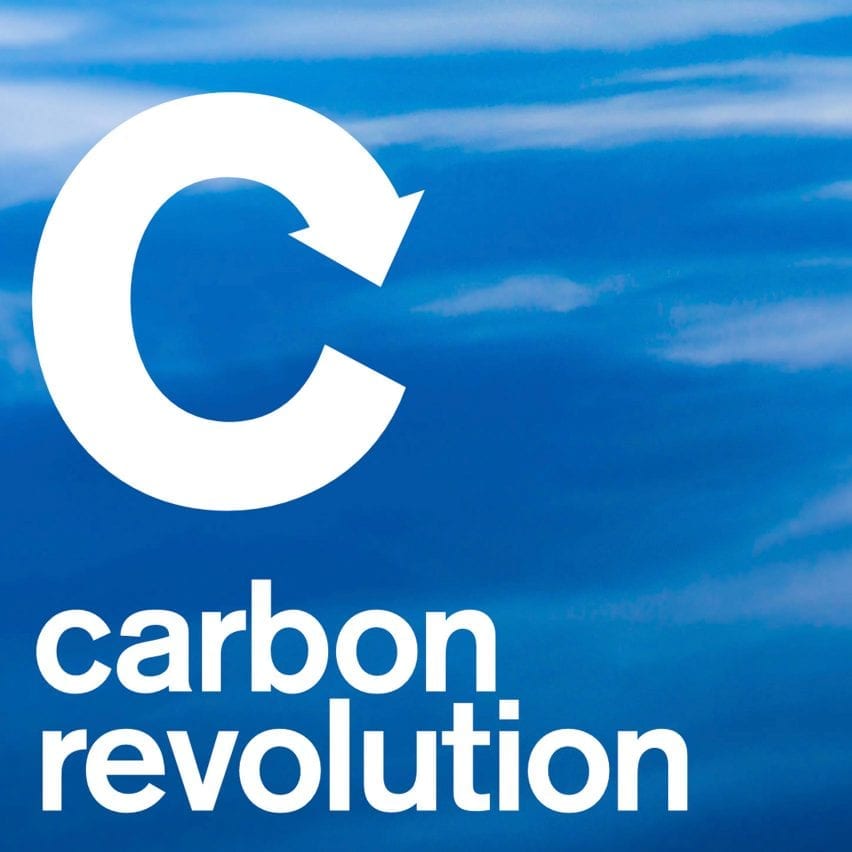 This article is part of Dezeen’s carbon revolution series, which explores how this miracle material could be removed from the atmosphere and put to use on earth. Read all the content at: dezeen.com/carbon.

The sky photograph used in the carbon revolution graphic is by Taylor van Riper via Unsplash.